Several reliable sources have told me that we need to prepare for food shortages from January 2022, extending for several months. The reason given is that the decentralized military is going to take Australia back  by removing the cabal controlled operatives. There will also be major issues in the supply chain from Adblue, an additive required for many diesel engines running out, to lack of pallets and labour shortages.

We are at the end game here. This is the last breath of the dragon to try to implement the one world order digital identity/mass surveillance/control system via "vaccination".
Word is they will plan a harsh lockdown, to push the booster shot and blame children for the spread. On the ground reports are that teachers have been told to prepare for online school in term 1 and medical staff have been told that there will be a lockdown from January 10th, 2022.

Leading up to what appears to be a global lockdown, there has been a huge purge of online accounts from Chris Sky to Steve Kirsch and large numbers of professional LinkedIn accounts who were pushing back on the narrative. Chris Sky was deleted when he posted of the impending lockdowns in early January to push the boosters. This man is prophetic, who can forget how he predicted exactly what was going to happen, a year before it did. https://www.youtube.com/watch?v=aX9omj2VDBk and here is the message on impending lockdowns that had him deleted, https://t.me/realchrissky/1594

A powerful speech by Riccardo Bosi on the 13th December at the Taree Freedom Rally, where he provides general information on how Australians will be take back Australia and where he asks that people stock up for several months and also help their neighbours out.  https://www.youtube.com/watch?v=XlpYFkY11JE

And this interview, is showing the cards, confirming various leaks that the decentralized military have cornered UN troops in Australia.

An Australian professional involved in the Quantum Financial System based on precious metals says that this system will replace the current system controlled by the corrupt globalists and he confirms Bosi's statement that those at the top of this globalist pyramid have been taken out but that the fallout down the ranks is still being dealt with and why the messaging is increasingly desperate and contradictory.

Things are not as they seem. As in the words of Shakespeare "Foul is Fair and Fair is Foul". Take note of all the politicians, bureaucrats, corporate heads, etc.. resigning or being demoted or simply disappearing. There are many of them.

There will be a period of instability but the end result is "Evil is being rooted out from under our very noses, all being done in such a way as to keep the peace… and to keep people from rioting through fear and lack of comprehension" See link below. The evil committed is  really beyond imaginable.

The head of Woolworths, Brad Banducci on the 18th December 2021, delivered a grim prognosis about retail being besieged on all fronts.

In regards to Adblue, "Australia could run out of a crucial component of diesel fuel within weeks, with an expert warning nobody knows how much we have left. The nation, along with other developed nations, has been facing an AdBlue crisis for weeks, with fears that if the additive runs out, trucks could be taken off the road, sparking a chain of shortages on supermarket shelves across the country."

It seems completely unbelievable that we could be in a situation of bare shelves, whether by design or a consequence of government policies like the latest mandate, which bans Western Australian grain farmers from selling their grain, unless they are double jabbed.

We are at a cross roads in the nation and many know it. We either stand up against it, or we all go down.

The players in this crime against humanity are being exposed. Their plans are unworkable.

We are watching a movie play out.

David Martin has put the names and faces of all of the major players in the theater of the COVID War onto one slide, which he says is important, because “We energize the forces of darkness when we anonymize them and when we see their faces on a screen, we realize that they’re merely individuals that have lost the social contract with humanity.”

In China, 13 million people in the city of Xi'an have been locked in their homes with reports that many are starving. and reports of viral hemorrhagic fever. This was predicted by Dr Dolores Cahill that the reactions to the jabs, would become the next pandemic, Marburg (similar Ebola) that will give rise to bleeding and hemorrhagic fever and more totalarian control, 'vaccines' and lockdowns. Whether this is a template for how they want to lockdown the world, is yet to be seen but there are reports coming out of the Northern Territory, of people in remote towns being barred from buying food or petrol without being jabbed. In war, best to be prepared for multiple scenarios playing out, depending on your individual situation.

Stock up on all essentials, food, fuel and water, seeds, chickpeas, lentils, rice, canned foods, first aid, sugar, honey, salt, spices, supplements, vinegar, matches etc.. have a look at websites such as https://happypreppers.com/37-food-storage.html for lists of things to have on hand.

Grow vegetables, herbs, identify edible weeds, and be prepared to push back against the booster narrative and be prepared for multiple scenarios to play out. Make sure you have cash on hand, especially small notes.

If the food supply is collapsed, it will lead to mass chaos, more totalarian control, confiscation of private assets and property, and full blown communism, plus a global reset of the financial system. This has been in planning for years and the video below explains how the digital ID is inserted into the hand via "vaccination", so that people become part of the matrix. This is their end game. Micheal Yeodon has discussed the stages of totalarian control and we would be at stage 5 accordingto his timeline.

"Phase 5: Establish chaos and Martial law. (November 2021-March 2022) – Exploit the shortage of goods and food. – Cause the paralysis of the real economy and the closure of factories and shops. – Let unemployment explode. – Apply a third dose to the vaxx (boosters). – Take up the murder of the living old men. – Impose compulsory vaccination for all. – Amplify the myth of variants, the efficacy of the vaccine and the immunity of the herd. – Demonize the anti-vaxx and hold them responsible for the dead. – Arrest opposition leaders. – Impose digital identity on everyone (QR code): Birth certificate, identity document, passport, driving license, health insurance card … – Establish martial law to defeat the opposition. > Result, Second stage of digital control. Imprisonment or removal of opponents Phase 6: Cancel the debts and dematerialize the money. (March 2022-September 2022) – Trigger the economic, financial and stock market collapse, the bankruptcy of the banks. – To rescue the losses of the banks in the accounts of their clients. – Activate the «Great Reset». – De-materialize money. – Cancel debts and loans. – Impose the digital portfolio. (Digital Wallet) – Seize properties and land. – Ban all global medicines. – Confirm the obligation to vaccinate semi-annually or annually. – Impose food rationing and a diet based on the Codex Alimentarius. – Extend the measures to emerging countries. > Result, Third stage of digital control. Extension of the N.O.M. to the whole planet."

Be aware but don't be afraid. Be prepared. Hold the line. The tipping point has been reached, and we are no longer on the defensive but offensive. The future is in our  hands. Good will triumph over evil.

Below is an important case, worth a listen to and there are many more legal cases exposing evil. Ghislaine Maxwell was found guilty of child sex trafficking and conspiracy after a three-week trial in Manhattan’s federal court.

I don't have a problem being excluded from society because I have lived on the fringes of mainstream society for
Dec 29, 2021
3 min read
Dec
29 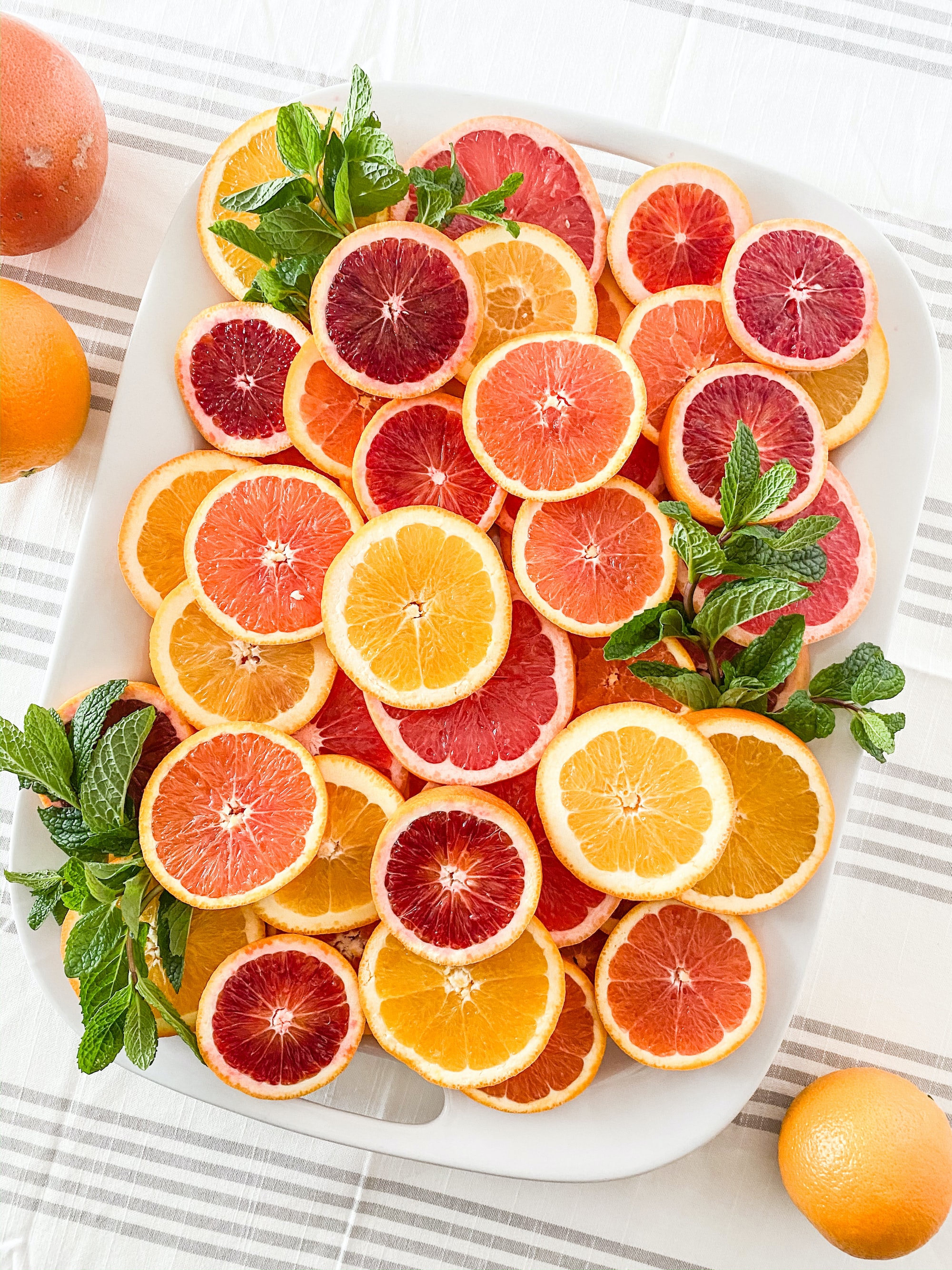